Now go make yourself another Bellini, roll another joint, take some more painkillers for your broken neck and -

It's a mistake to think that Gowl only begins drinkin' & dopin' at Bellini O'Clock.

No, that's after a long day of drinkin' & dopin', doxin', abusin' and being an all round anti-social, brain damaged malignant narcissist.

I mean, have a look at this shit (posted after hours) it's complete gibberish

The lad is not well.

As in very unwell.

And on top of that - shitting himself.

And he's reading posts by folks on other sites that are gunning for him.

He made a big mistake publishing a foto of an innocent teenage girl on-line and then abusing her verbally over her appearance.

College (child education - ffs!) will have questions for him.

Idi Amin said:
As opposed to anorexic, middle aged and shitting himself.
Click to expand...


Idi Amin said:
And people are talking to his neighbours.
Click to expand...

Dark Riders have been seen on the fringes of the Shire. Crops withering in the fields. An eerie light shines from the Dark Tower.

Mars bars are getting smaller.

And Idi Amin is presently holed up in his caravan, praying for the rain to let up because when he tries to go out for his tins of Dutch Gold, it causes his make-up to run down his face like some b-movie monster.

But it's good that he's she's it's been given a chance to calm himself herself itself down.

Is he an owl? Got no jowl? Maybe he needs a towel? Or to have a howl?

Is he an owl? Got no jowl? Maybe he needs a towel? Or to have a howl?
Click to expand...

Many things rhyme with Mowl, and actually these days it has another common usage which appears to be a recent thing. To fashion designers and fur coat producers, a mowl is a circular tube of silk-lined fur which a lady wears an alternative to gloves during outdoor events. They can then keep their hands joined under the mowl for maximum warmth.

But all this Gowl, Fowl, O'Bowel, McDowell stuff is rather revealing: to me it depicts a middle aged man in a dress sitting in a rocking chair by his cottage window staring out to sea, listening to the belting rain lashing into the glass panes, the wind whistling through the sellotaped cracks, thinking of me and letting his mind drift with the thoughts of holding me close, stroking my hair and humming gently to me about love and romance and all the things that Mowl rhymes with.

But anyway - this Sham lad seems rather unhinged, eh? Idi Amin one moment, then Harry Clarke, the great Irish stained glass artist. And currently as his own son: progeny of not much.

He's also screaming something about his pretty little nieces and the likelihood of him booking a flight to Helsinki to serenade me with a few Oasis covers and an elongated version of 'Oh, Danny Boy' in three-part harmony with himself and his various egos.

He does seem to go from zero to intense rage rather quickly.

Such is the personality of the eternally confused and mis-gendered Galway busker.

But my name is preceded with 'the' because The Mowl most certainly is a definite article.

Dan can't speak just now: he's making an attempt at 'most cheeseburgers in the mouth at once' world record over at the local greasy spoon and hog.

The stupidest makey-uppey claim ever made on the intersnots: Jambo should never be allowed to forget it either. Who were they again?

Myles as well until Jambo expelled him apparently.

Probably for questioning one of their stupid racist and antisemitic conspiracy memes.

Jambo claimed Shambo was "the greatest poster ever".

What he meant was he was absolutely thick enough and vicious enough to fully ascribe to the type of vile antisemitic conspiracies made popular in the environment in Germany in the 30's.

Conspiracies discarded and condemned by history and the Holocaust for all except the most stupid, ignorant of history, vicious, discontent creeps.

Some posters have wondered about my "obsession" with this stuff in the past. Basically it is a measure of a poster. Its presence in a poster indicates a vicious, peasant minded, sub-imbecile, who represents something in the collective unconscious of mankind that is the most slug-like, antideluvian, killer and potential human misery imaginable.

That's what he meant by "greatest poster evarr" on that cesspit politicalirish. He was basically saying Shambo was the most vicious little sub-imbecilic bleating cretinous thug, evarr.

Shambo was perhaps even on a par with Ratio/Swords/Paradosis in how he used a persona of a large breasted woman and Benny Hill like inanities to help make the medicine of his viciousness slide down the gullible throats of the cretins gathered on that cesspit more easily and with greater apparent impunity.

I see Sham's Mowl Fan Club is gathering some pace. That and his little horn for The Mowl. By all accounts I'm currently sitting in the corner of my lounge, fretting and shivering at the veracity and incisiveness of his love letters to me. I'm also waiting for 'The Finns' to come and get me and tell me they won't let their kids have their weekly art and music therapy sessions with me any more: because there's a very angry chap in Galway who thinks he's Idi Amin and who says: Mowl - bad man.

Obviously Dan has to allow this to continue - otherwise his gay bar will close down and his regular drunken lay-abouts drift off to other even more banal sites. I'd hate to be in Dan's position though: having to pay out high dollar to have a place for himself and his merry band of half-wits to talk about me and my amazing life up on the higher plains, but still remaining absolutely reliant on me to have any subject matter at all. Knowing I live in the heads of these losers is only fucking hilarious.

Sham's posts from last night are just too funny:

And off to bed he goes, hot water bottle in hand, glass of water on the nightstand for his false teeth, alarm set for 0530 when he wakes up, smokes a cigarette, goes back to sleep. Wakes up at lunchtime, slings on his fake tits and an unwashed floral dress from the second hand shop, opens his Idi Amin account to see if Mowl has bestowed any overnight wisdom to him, cries that there's none, then heads down to the offie to grab some early tins of Dutch Gold to help pass the time until The Mowl notices him again.

Asks himself why he picked Idi Amin as an avatar.

Asks himself why he twinned Idi Amin with Harry Clarke.

Asks himself if it's really worth all the effort trying to annoy the Mowl: opening accounts on various sites, setting up all these email and gmail accounts and trying to remember all these passwords? Having to operate under fat Dan's loose rules about this and that. Hating the fact that 90% of his own and the site's output is Mowl, Mowl, Mowl.

Hilarious days on the Irish intersnots: lunatics all over the place. Pish in a state of chassis, Arsefield's running on Mowl energy, the Isle having the craic, and poor Sham lost in the middle of the melee, wishing he paid more attention at school during geography class so that he might be able to insult Finland as my host country in some viable way (damp, dark, cold, etc) that might annoy me enough for him to claim an outright KO in the intersnot wars.

Isn't it a gas the way fat people hate thin people regardless of their politics, religion, nationality, etc?
E

Mother of school girl attacked in Longford speaks out: >“The school told me I was ‘over-reacting’. I asked them why they hadn’t contacted the Gardai to report an assault on a minor,” she said. >She then learned that her daughter and another victim, who said she had also been physically...

Jambo's endless fantasies about other wiser men and their dogs.

The suburban "dream" is a little bit like anonymity on discussion fora isn't it.

What's really lurking behind the facade of the cookie cutter lawn, swept doorstep and latest model vehicle parked outside?

Faced with American suburbia I sometimes get flashbacks from this classic movie.

That was quite a prophetic film. I think I recall it as the first outside of gritty police dramas to actually film the dark side of the American Dream.

Amazing scene in it of these forgotten kids who robbed some fake lawn turf and spread it out in an all night mall so they could have a picnic while watching these soundless TV screens in an electrics store.

Administrator
Another mass shooting in America. 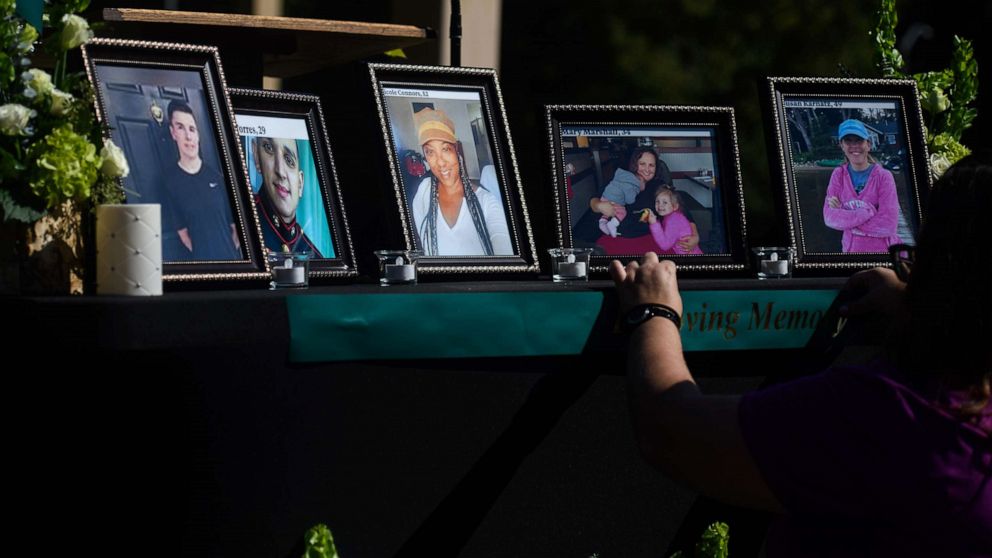 The motive remains unknown for the mass shooting along a Raleigh, North Carolina, nature trail that killed five people and injured two others.

The sooner they all fucking die the better for all of us.