New booties for the Mowl: bought them on Saturday on the way to the Swedish Theatre for that gig. They usually cost around €180, but I got these for €55 online. Never worn, removable inner cotton boot under thick leather outer skin, still in the box, perfect fit. They're made by Caribou of Canada.

They come halfway up the shin, so striding through the heavier snow will be easy, and warm, and dry.

Just as well, the snow is hammering down outside. Early last week I was outside a block I was working in taking cigarette breaks in just a t-shirt and my work jumps. Today is below freezing, massive blizzards of snow whirling about in every direction. Not for the fainthearted at all, at all. 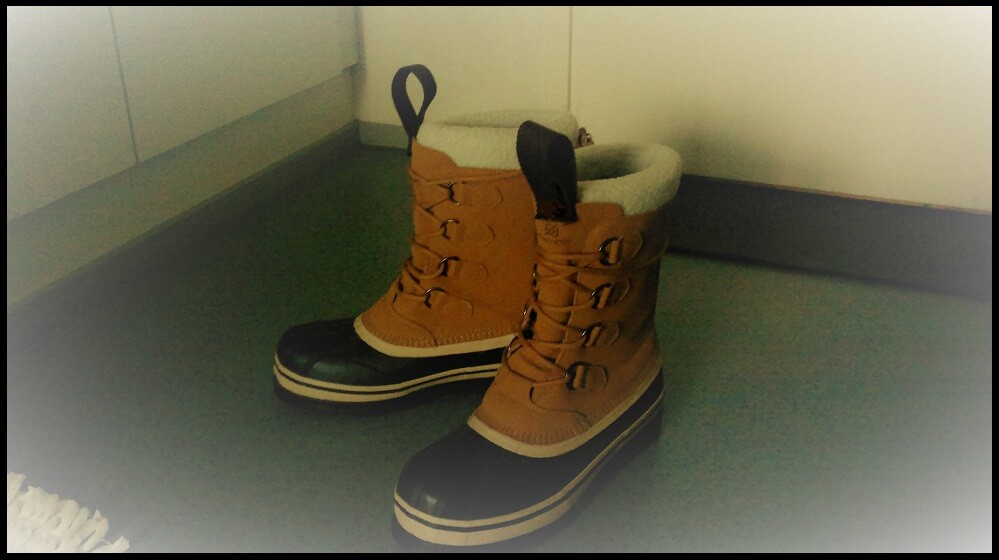 Yeah they look like the proper job the Mowl. Obviously we don't get much snow here in the UK, just enough to shut the country down transport wise.

I bought a pair of Church's boots a few years back, expensive enough but they are the dog's bollocks. Hand made English boots. I was wearing them somewhere and in some hotel or other and the lift door opened and this lad who turned out to be from India got in the lift and said straight away to me 'those are nice boots. Are they Church's'.

Turns out his family have some shoe business in India and he knows a lot about them. He said that for years in India his family and others he knows of in the business there were trying to recreate Churches shoes and boots and he said no matter what they did they couldn't do it.

They concluded that it was the way the leather was tanned and treated. He said they had the craftsmen and the design but they just couldn't get anything convincing.

Bit like these ones although not quite as expensive.. deadly though

Those are some smart looking shoes. Of course, the latest craze has been brown shoes with blue suits over white shirt. Not a combination I ever thought would work, but actually it is rather smart. But I'll go with a black suit, shirt, tie, and brogues every time. Colours don't work on tall and lithe men who stand up straight and look down from above.

Once I broke another man's heart: he was my manager at the time, and gave me one of his cottages to live in down Beggar's Bush in a hidden lane opposite the pub. He loved his shoes and had them made to order over in Galway. He had some beauties and luckily for him he had smaller feet than me, otherwise I'd have been all over them.

Anyway, one night I'm in a songwriting mode with one lady and I lit a big fire as it was so cold outside. The cottages (two connected) didn't have any insulation so we had to light fires most of the year. So the session is lovely, some drinks, a smoke, good work mode. When she was leaving I said I'd walk her out to her taxi down the lane on the main street. Off she goes, grand.

I come home and a log has fallen out of the fireplace and landed on himself's latest shoes: deep brown leather with amazing texture, over the ankle short boot type, laced, and heeled and soled to perfection. His name on the inner sole. Except half of it was now ashes, and the other half still smoking.

I was so angry with myself and when he came over a few days later and saw it, he then saw the look on my face. I asked how much they cost. Said he didn't know, the bitch he just dumped bought them for him. No worries.

Some nice companies to work with in Finland. An example below of a company just three hours north of

How much better to work with a company like that than the choice you're often faced with in this country? I.e. Souless sales and customer service type jobs for huge faceless tech or finance companies, or a small company in the SME sector either servicing these big multinationals or involved in the general scam of the housing sector, or some type of middleman, always crippled with horrifically high overhead costs (that is siphoned off in rent-seeking of all types).

That's proper indigenous, creative, entrepreneurial, manufacturing industry for you. The lack of it in this country is eventually going to bite us so hard on the ass it won't be funny anymore.

Nice bikes, but even funnier again is if you turn on the closed captions and read the auto-generated translations of what the host is saying. None of it is even close to what he's actually saying, this is the same auto-generator you can use on say Val's RTE channel. If you select the option for CC, it displays a subtitle based on what it interprets Val saying. Again - it's a fucking howl.

No auto generator can convey the sheer stupidity of Val, the nutcase Cavan farmer walking himself into a knee-capping. That's why I post short loops of his videos, to get to the funniest parts of his rants. The ones where he's losing it to the camera and the grimace on his chops is hilarious.

But about the bikes: I had to quit off-road biking after spinal surgery. I was advised to stop because one fall would have been enough to collapse the work done on the upper spine and neck, and after a few days of being in traction post-surgery, I took that advice to heart. First surgery I ever had, an experience I wouldn't want to undergo twice. So I sold two proper mountain bikes (one fully suspended and the other front suspended) and still have one in my lock-up. 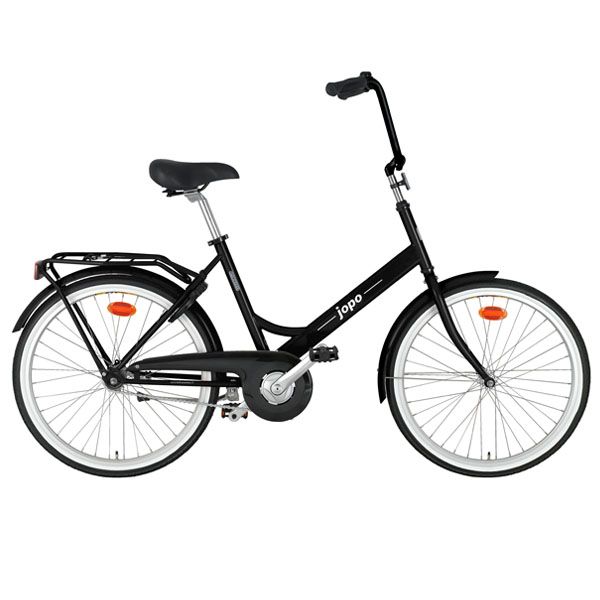 Instead I use the classic Finnish Jopo design. These are the equivalent of your old style Raleigh chopper type cruising bike, with no hand-brakes, no cables, no suspension, just a standard frame with all points the same size as every other point so that, if you want to, you can build your bicycle in reverse with handlebars out back and saddle out front. It has a carrier (I usually remove) and mud-guards (which I cut down to a quarter the standard size just to keep the mud and rain off the joints) and the handlebars can be changed to larger or smaller scale spreads.

On one of mine, when I stand with my feet on the pedals, my head is around seven feet in the air. If I stand on the crossbar, around ten feet. The bikes have awesome symmetry and if you push it down a hill it'll keep rolling until it hits something. They cost around €100 for a basic model and the prices go up to over €400 for custom detailing. The two I have were rented out for backstage/cross festival use on summer music festivals further up north. I attached a bendy pole (like a fishing rod) to the rear to mount a lamp and a spot for hanging an ad (for beer tents/merchandise/toilets/lost and found/etc) so that the user can whizz across the fields from one stage to another where necessary. Money for nothing.

They're everywhere: they're cheap, hugely efficient, totally reliable, and in my case, un-stealable. I design the finish of my frames using sticky-back plastic film in various shapes (like military camouflage) so that any prospecting bike thieves from Estonia and Russia won't touch them: they're too distinctive, they stand out a mile and there's no way to get the plastic film off (without some serious and time consuming effort) without wrecking the rest of the appearance. So I don't even need to lock them when I go shopping.

Finns don't steal bikes, they don't need to: we have a 'free bike' system all through spring, summer, and autumn, then they're taken in for the winter. But they might well borrow a bike of they're drunk and stuck without transport. They spot an unlocked bike and ride it almost home, then dump it where it can be found and hope they haven't been spotted by security cameras.

A few buddies up here have metal workshops, they build their own cruisers: serious low-rider type bikes they can sell on or use as sample pieces. Cyclists have it very easy in Finland: we have right of way in towns and cities (after pedestrians) and we have cycle paths alongside every road and street in the country. We also have pump pints scattered around should you need air or repairs for burst tyres.

Eamon Ryan thinks he's some sort of new kid on the block with his biking to and from the house, but he's done fuck all for the cyclists in Ireland. When I lived there, a cycle into town from the burbs was like taking your life in your hands. Drivers hate cyclists and vice versa, it's only surprising there aren't more deaths then there currently are.