Am I the only one who thinks these fuckers need to lay off the tricolours and Guinness? Boston's a fucking dump, a soulless sprawl of a city with no actual center to it, just more and more housing estates and fat people take-aways. Plastic Paddies are always the worst, the type who think making a few dollars deserves them being crowned king of the hill.

I remember getting into a scrap with a DJ one night in a pub in Medford, north of the city. I was visiting family and we went out for a pint and this twat DJ played one for the 'real Irish of Boston' and scratched this pile of shite on:


Then started demanding 'the real Irish' in the house get up and jump around.

I wanted to smack the little cunt in the chops. That accent? Ever heard anything as grating and violence inducing? Fucking scumbag knackers, they're about as Irish as soy sauce duck on egg-fried rice. A totally miserable part of America, and you can spot the plastics all over the place with their tricolours in the back seat window, in the garden up a pole, one eye on the baseball and three cheeseburgers to go. The scum of America, and of Ireland's dark past.

But there is one good thing about the Boston Irish.

Administrator
I honestly prefer US Southerners and Texans. About 99% of the time they simply call themselves Americans. Despite being a part of the new world, people in the US South have developed their own unique culture and way of living. They seem like the graceful sort and I actually like the Deep South accent.

Americans in the northeast have to be the most annoying cunts on the face of the planet. "I'm Irish...I'm Italian...I'm Polish" etc. This coming from individuals who have probably never even visited the old countries they claim to be a part of. I also find Americans in places such as Boston and NYC to be boisterous and somewhat uncout. If I'm going to visit America, I want to do just that - visit America. And when I'm there, I want to meet real Americans who I can learn something from just as I would want to learn from locals anywhere as a tourist. My idea of a holiday is not to travel 3,000 miles across the Atlantic Ocean just so I'm surrounded by a bunch of weirdos telling me how Irish they are in strange and grating accents. I would like to try and experience the unique cuisine of places such as New Orleans or San Antonio, not to be served a morning fry up which you can get in any village in Ireland, yet delivered by some Bostonian who probably can't even prepare the meal properly.

The Boston Irish? Those guys are alright.

Despite all Dan has done to me I have no beef with the town. Only Dan is a Masshole.

I met Dan in a bar one day and we got talking about trading. He was new to the scene so I took him under my wing.

I taught him the ins and outs of the business. How to play dirty, but not too dirty so as to attract the feds.

A few buds and some nachos at the bar and all was cool.

It all went downhill when Dan starting ignoring my calls a while back.

I was totally pissed as we were supposed to visit Cape Cod for some golf and yachting.

Screw Dan he is a jerk off.

Now I celebrate whenever the Red Sox lose but not because I hate Boston.

Administrator
Why does Dan boast about driving what the Americans refer to as Soccer Mom mobiles? 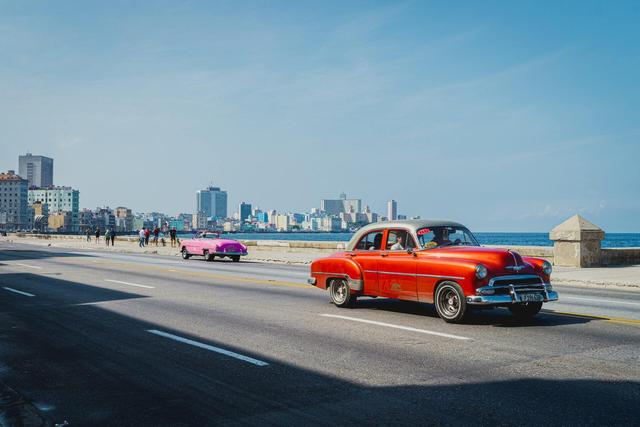 5 Soccer Mom Vans and SUVs for the Modern Parent | GetJerry.com

If you’re in the market for a soccer mom van or SUV for your family, the Kia Carnival, Dodge Grand Caravan, Honda Odyssey, Chrysler Pacifica, and Tesla Model X are great options.


Dan is such a lame old fart, he'd probably fall on his arse after 3 seconds on a Harley Davidson.

Post in thread 'General Chat and feedback thread for off topic discussion.' https://www.sarsfieldsvirtualpub.co...thread-for-off-topic-discussion.48/post-10219 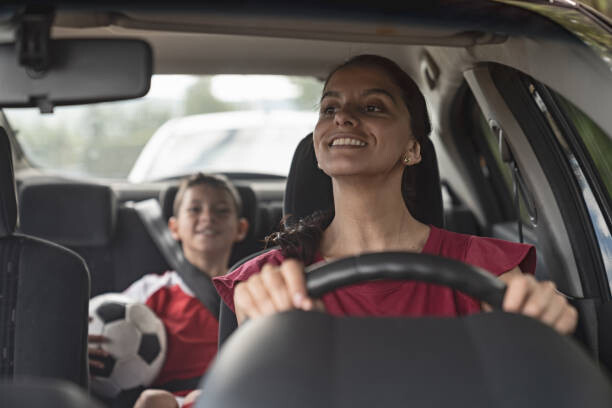 He was banging on about buying that second hand Mini for his daughter.

Big mistake - I mean look at the size of her?

And she's only twenty-one.

He must hate her, she probably caught him raiding her piggy bank for cheeseburger money.

The poor fool, lives his life relying on the kindness of strangers, and is proud of it. 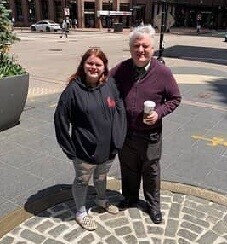 The above photo has to be one of the least interesting family photos I've ever seen. Leprechaunomics O'Muttley and his daughter 'Shortstraw' O'Muttley, clothes by FuckI'mDepressed Studios of Massachusetts... shoes by WhateverWasNearestTheBed of New York, coffee probably from Starbucks.

Posed artlessly on what appears to the last surviving section of cobblestone in Boston, probably faked back in 1983 to bring in dollah from people like the O'Muttleys who will drive in specially from Lake Toxico just to visit it in the hope an arrow of the unfamiliar might jolt their lives out of the inaction bucket and into the proactive bucket.

Secretly he is wishing he had got a collie sheepdog instead of a daughter. Secretly she blames him for everything about the life of a short-straw.

There's nothing nice about that family photo and both inhabitants know it. They just pretend they are being ironic and uneasily acknowledge somewhere in the recesses of their own minds that it isn't ironic and their lives are really that shit.

Other than those few things its lovely.

Have I said enough already?

They look like he filled them with mini milk cartons and piles of sugar sachets from Coffee Republic when the shop assistant went to get a baby high-chair for the mutant little daughter. Her pockets are full of Prozac and Diazepam. A few hunks of soap bar hash, loads of condoms, female dams, and the industrial sized pinch clip she wears every night while she's sleeping to keep her face from mushrooming like Val's belly after a dog a l'orange from the local chink.

Also, wearing socks into the city under a pair of leggings that could be used to restrain smaller killer whales is pretty 1780's. She looks like an overweight Captain Ahab eyeing her white whale and taking it out for tea and a quick walk around the car park, before clubbing it around the head.

Dan spends an inordinate amount of time in car parks.

I reckon he's too tight to join the old folks for lunch, and instead whizzes over to Wendy Burger for his afternoon fix of two dozen extra-everything cheeseburgers with super-sizing as par.

He said he met a woman who's husband is worth $15Bn.

Of course it's a well known fact that the wives of billionaires go around telling complete freaks and other strangers how much their old man is worth. Especially when he has her locked into the back of the van and is wearing his standard short-sleeved shirt with the clip-on tie under his zipperneck.

He's fucked, basically - but the daughter could still choose to go on the game and save herself a lifetime of having to take care of her seventy odd year old auld-fella when he starts shitting his pants, the chairs in the lounge, and can never make it to the jacks, so he just sits there waiting for her to clean him up.

The smell works a treat, every time too.
V

I've had a look at the tea-leaves and there is nothing better scheduled for them either. It has been foretold in the Book of Foretelling.

Look at these chumps. Dan's associates in Boston as I understand it. Some photos taken around Boston. 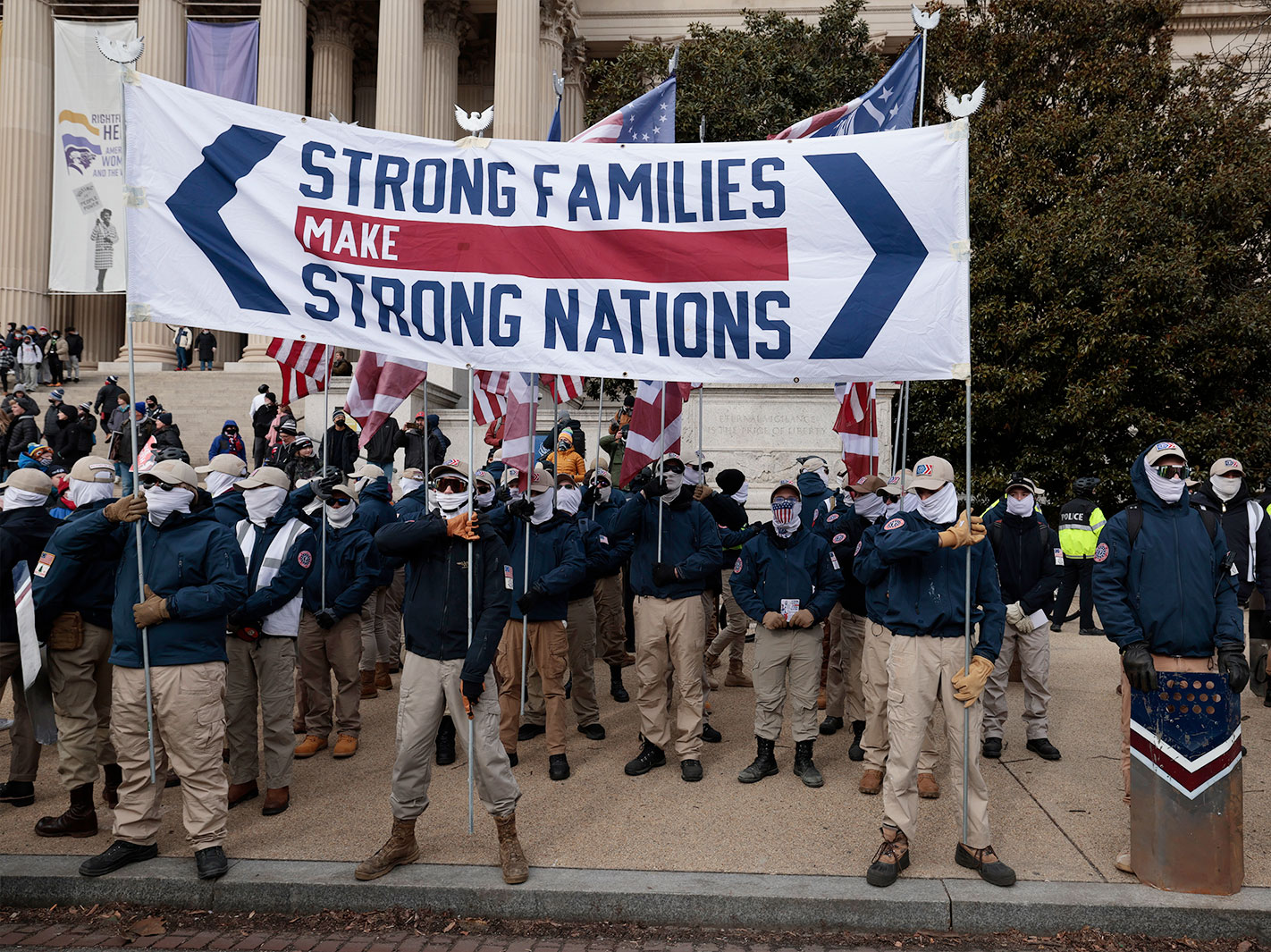 (The so called "Patriot Front".) 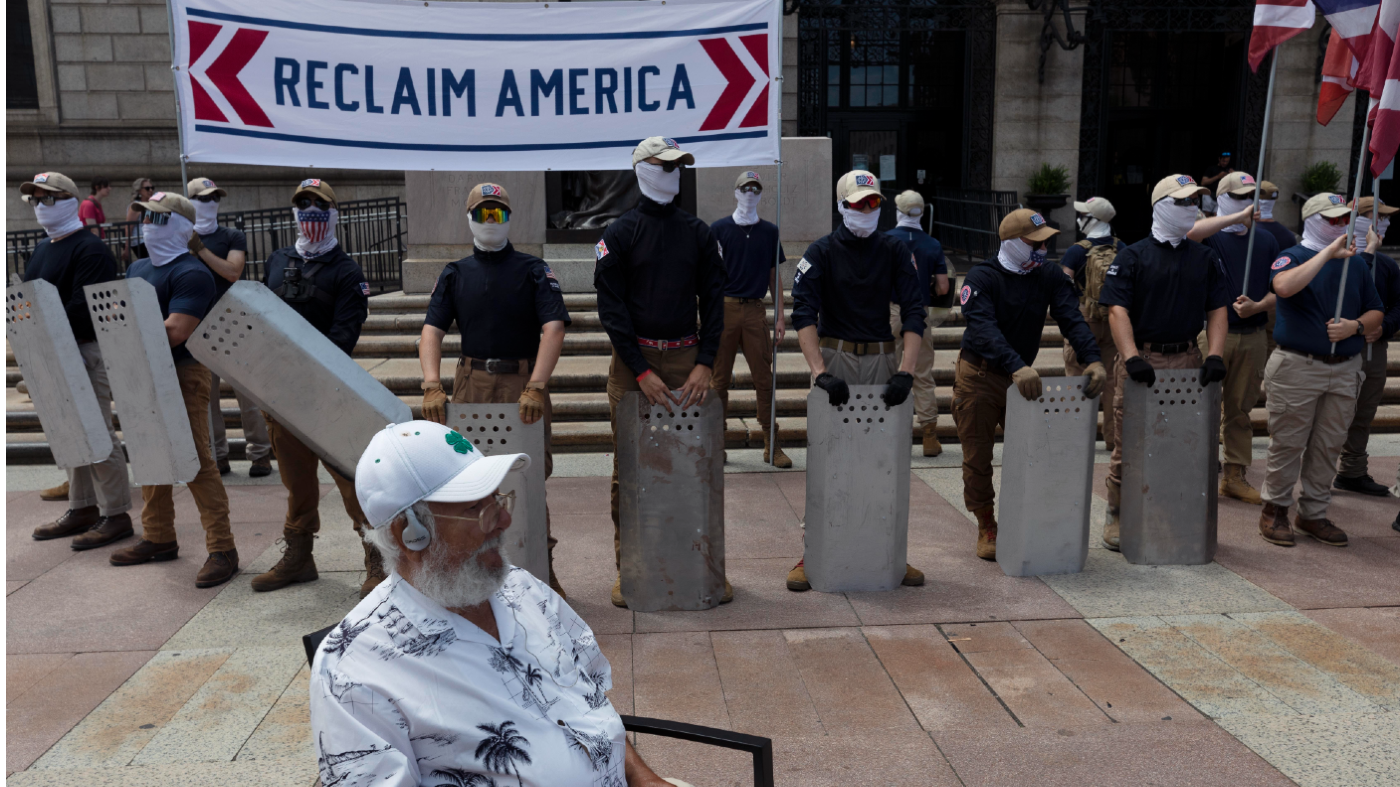 The weird thing is they are all descended from immigrants. If Native Americans were holding such demonstrations, and let's face it they are the only ones who would be entitled to, they'd be slammed for it.

Such people live in a truncated fantasy of their own devising.

About as Irish as the last pizza I had delivered to my door.
E

Vice-Admiral Con said:
The weird thing is they are all descended from immigrants. If Native Americans were holding such demonstrations, and let's face it they are the only ones who would be entitled to, they'd be slammed for it.

Such people live in a truncated fantasy of their own devising.
Click to expand...

A small glimpse of the reality White girls and guys have to endure, while being surrounded by people that are programmed by the relentless anti-White narrative in media, politics, entertainment and academia.

A small glimpse of the reality White girls and guys have to endure, while being surrounded by people that are programmed by the relentless anti-White narrative in media, politics, entertainment and academia.

What the fuck is wrong with you, you thick fucking cunt?

That video has zero context - how do you know the girl who got salpped didn't just call the mother of the guy who assaulted her a nigg*r whore? You're as gullible as the five year old who wants candy.

A fucking idiot of exceptional proportions.

Take your shit with you, you dumb fucker.
E

PS. That's what a lot of people would like to do to you.

Being lead by idiots.

Go suck Val's ass - it's where you belong, you and the rest of your 'A Team'


Electricity said:
PS. That's what a lot of people would like to do to you.
Click to expand...

See how many fucks I give?

Go suck culchie cock - they're the only ones to agree with your paranoid world view.

In fact, then the great replacement begins, I'll vote you to the top of the line: first one to be dragged out crying like a baby and put up against the wall - then your pants pulled down so the riflemen can blow your little balls away.

You've no need for them anyway.

Electricity said:
PS. That's what a lot of people would like to do to you.
Click to expand...

You're an idiotic little cunt, aren't you?

As gullible as they come.

Mowl said:
What the fuck is wrong with you, you thick fucking cunt?

That video has zero context - how do you know the girl who got slapped didn't just call the mother of the guy who assaulted her a nigg*r whore? You're as gullible as the five year old who wants candy.
Click to expand...

You unbelievably thick fucking cunt - you have to lie to keep your head above water.

You and Sham are on a par - two complete fucking twats!

Poor Sham - his knickers must be on too tight: 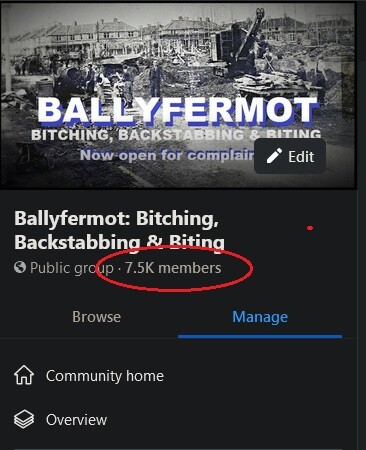 Seven and a half thousand people listen to me.

Nobody listens to you - apart from the street drunks and crusties on Shop Street come dole day.

Use you knicker elastic wisely: first remove it from the hip-band, then choke yourself to death with it.