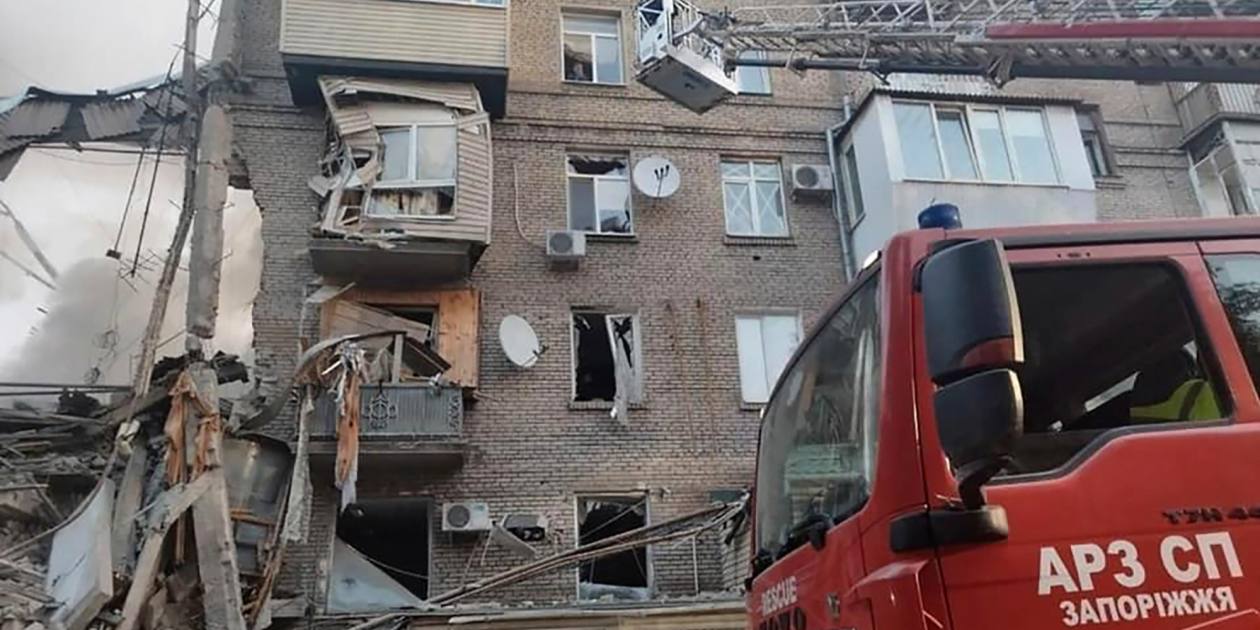 Ukraine from Sept. 15 to Oct. 7: Russia strikes housing in Zaporizhzhia 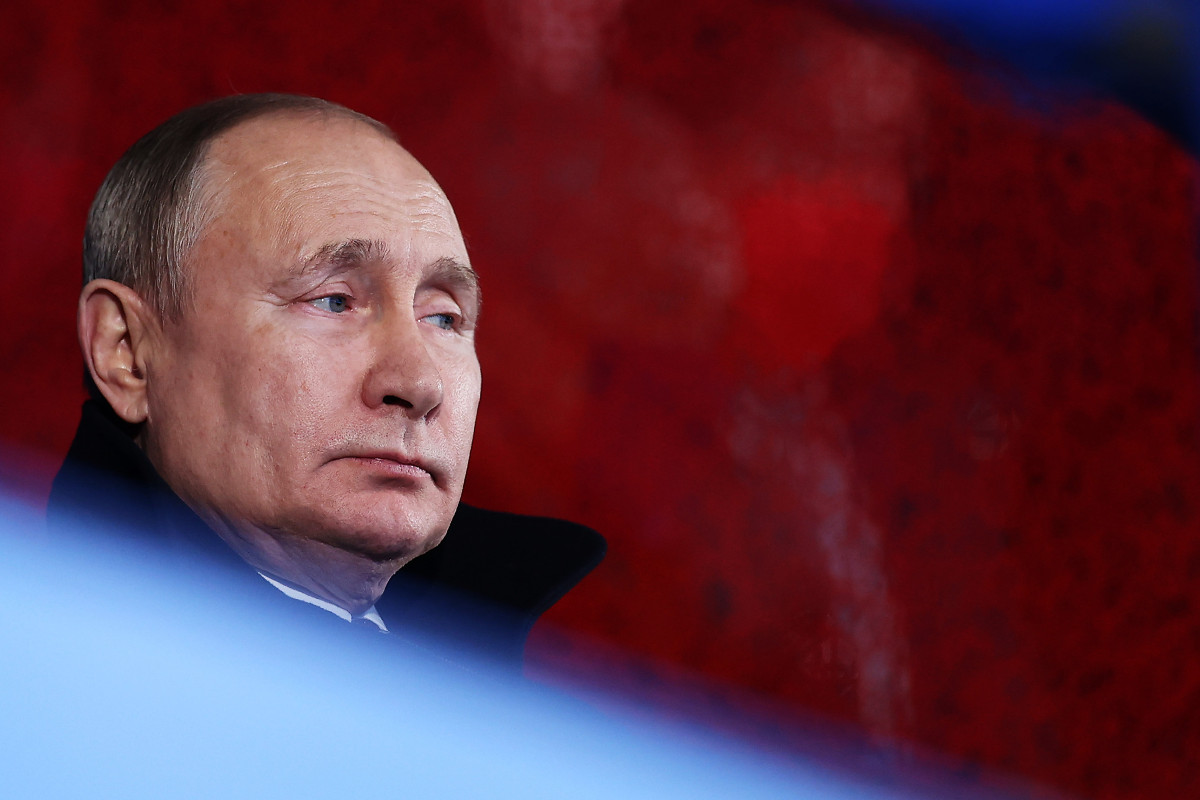 But Washington worries that the first signs of a possible attack may come too late.

If it's going to happen, I reckon November. In a bizarre video he predicted there is a "major event coming" in November that will involve the Atlantic Ocean
www.irishmirror.ie

I think that 'Watch Water' notice has more to do with the filth from the ground water and fluoridation than any incoming tsunami. Though if there was a shift in the mid-Atlantic ridge to the north end and a huge wave came crashing down on Ireland, oddly enough - Ballyfermot would be the ideal place to be given that it's so high above sea level.

The city would be sunk, Wood Quay's historic remains once again purged open after those two ugly bastard buildings on top of it are torn away by the massive waves of icy cold water.

The one good thing there would be the washing away of the walking dead on O'Connell Street. Though it'd be hilarious if they were fast frozen into ice statues and discovered hundreds of years from now when the ice finally melts and the water levels recede. All these half-asleep junkies standing there with their hands out, hunched over and pockets full of condiment sachets from McDonald's and Coffee Republic. They'd have to try to figure out what these people were doing at the moment of impact, like the lads over in Pompeii: caught in the act having a wank, stuck forever in a self-satisfied smirk that confounds historians the world over.

Future humans would then head up the hill to Ballyfermot and agree that it's a wonderful place to raise a child and feel like a part of a real community. Galway would be a lake. Sham would be under it, in a bog, frozen into place in his fake tits and flowery dress, again confounding the archeologists as to his real gender.

I wonder what went through the mind of the flunky who had to do this write-up for Reuters on Putin's speech: WESTERN 'SATANISM' "Now they have moved on entirely, to a radical denial of moral norms, religion, and family ... "The dictatorship of the Western elites is directed against all...

milkshake said:
JimIt's over.
Ukraine cannot be supplied at the same speed that Russia can manufacture and provide.
The sanctions have failed and are hurting a now very disgruntled European populace.
Russia and it's allies pre-empted this, and have side stepped sanctions in a very balletic manner.
The Fed today announced the introduction of a crypto dollar so they can join alternatives to swift, in order to try and save the petrodollar and keep it as the default world currency.
They will fail.
Click to expand...

And still, the likes of fat dan, ratio/swords/paradosis, and the entire chorus on pish, and their scouts, keep on with their pro-putinist propaganda. Taleb puts it succinctly.

I have friends in Moscow & do not condemn them for taking sides in that war. They have different interests & information. But I just have some extreme scorn for Westerners who do Putin's bidding while claiming to promote "liberty", "democracy", "noninterventionism, etc.

The same moron who said an IQ test measures "unintelligence"

Offer up some logical criticism of his paper on it then. He would have seemed to have hit the nail square on the head with you and godsdog at least, you're a right pair of high IQ chumps, a perfect illustration of Taleb's points.

lol Doggy is a lefty submoron. Hates Israel by the way (which is what I think you like the least about him) but is yet mostly mind-controlled by the Juice.
E

Oh and your stupid article is thoroughly debunked in the top comment, which I've told you many times, almost as many times as you've posted it, dumbass

You're some clown, Jambo.
E

Come to think of it, was that fella the inspiration for your S-shaped curves, "trees don't grow to the sky" claptrap? The absolute state of that article

Electricity said:
Come to think of it, was that fella the inspiration for your S-shaped curves, "trees don't grow to the sky" claptrap?
Click to expand...

You're a moron - and you'll always be a moron, except in the future, when you'll be an even bigger moron.


Electricity said:
The absolute state of that article

The absolute fucking state of the head on you?

You and Sham ought to settle down together in some nice squat just off the Barna road. Raise a few spastic kids, maybe some Down's Syndrome types for the laughs, and live off the land.

Living off the land in your case will mean holding the hat for spare change while that complete fucking dipshit Sham does his two-chord version of 'Wonderwall' to the crusties and hippies on Shop Street.

You two were born for each other.

So Jambo's finally come out of the closet: he likes military men in tights.

At least it wasn't another link to Morgombeen, Collet, or that other freak he fancies.

Mowl said:
At least it wasn't another link to Morgombeen, Collet, or that other freak he fancies.
Click to expand...

He knows what he's fighting for. There are some out there ready to die for the right to dress like a woman. Credit where it is due.

Yes, you posting other people's memes is helping you to make a tit out of who now?

Mowl said:
Yes, you posting other people's memes [sic] is helping you to make a tit out of who now?
Click to expand...

Well done you: you're now officially even thicker than Val.

And that's really saying something.